The Technique of Shirakami!

In his book, SHURIKEN-DO, Shirakami Ikku-Ken describes a throwing technique that produces a rotation-less throw with which he claims to be able to hit a 3 inch circle from up to 5.5 meters (that's about 18 feet)! The technique, as well as the equipment, is very different than what we usually think of as knife throwing in the West. I will discribe the technique of Shirakami as well as I am able here, but the reader should not assume I can actually do this.

The projectile is not a knife, but what we could call a spike. Sometimes with a single point, sometimes with a point at either end (Bo-Shuriken), anywhere from 6 to 12 inches in length!

The grip is not anything described my McEvoy or the other Western authors on the subject. Rather the spike is laid on the open palm, with the back touching the fleshy part at the base of the palm, while the tip leaves the hand along the long middle finger. The thumb is then folded over the spike to hold it.

The stance is different too. Imagine a line drawn on the ground from the center of your target through your body. Assuming a right hand throw, place your LEFT toe on the line, foot pointing straight at your target. Now draw the right foot back until it is a little more than shoulder width from the left. It should be pointing straight out to the RIGHT (perpendicular to the line) with its heel on the line. The left hand goes out straight in front and may hold other implements. The right hand, holding the spike as described above, is held back with your forearm straight up somewhere behind your right ear. 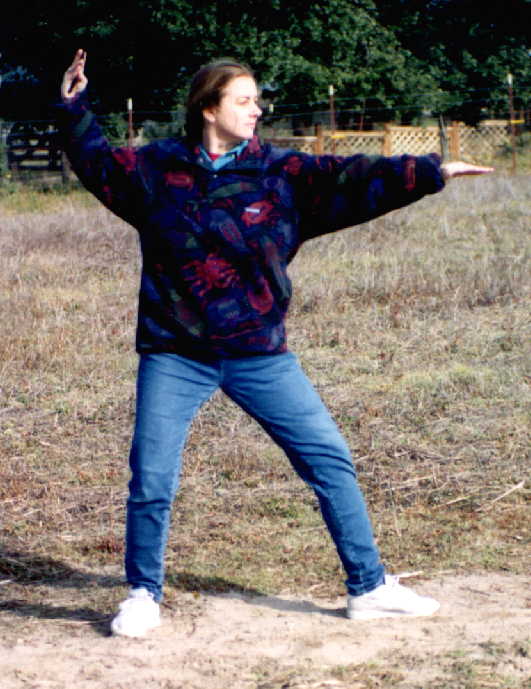 The effect of the whole thing looks somewhat like an ancient Egyptian painting.

When you throw, the spike is pushed forward with the combined motions of your arm, and the twisting, to the left, of your torso which, with practice, can impart considerable forward velocity. At the moment of release, the hand must snap from its vertical to a horizontal position, which imparts torque and therefore spin to the spike, but (and here's the trick) as the spike leaves the hand, its tail is brushed by the finger tips exactly enough to counter-balance the torque and stop the rotation! 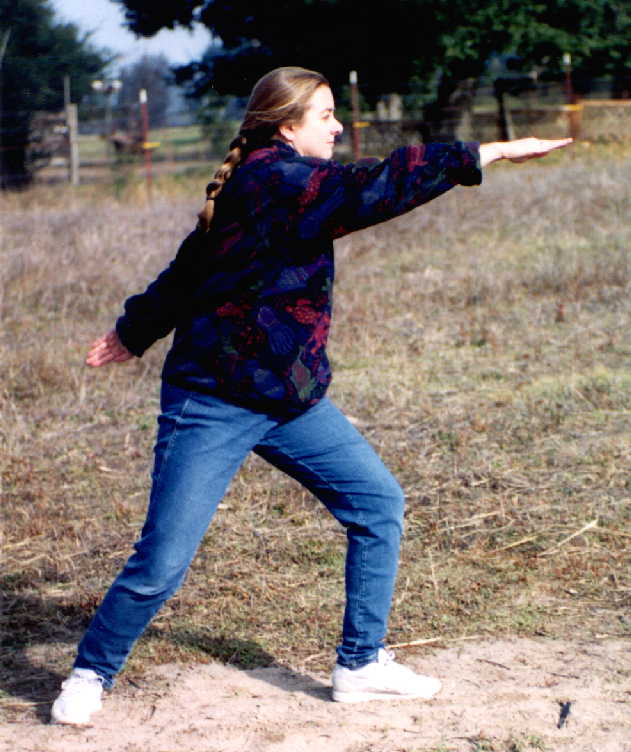 "Impossible!" I hear some say. Yes, difficult indeed, but there is a training aid! Many of you have seen sets of throwing spikes with tassels tied to their ends. I've been asked countless times about these, and their purpose is finally revealed by Shirakami! It turns out, the tassels are training aids for this technique! First, the tassels will dampen the spike's rotation, but more importantly, they provide something for the beginner's fingers to brush against, providing tactile feed back. As the trainee gets better, the tassels are made shorter, until eventually, the thrower needs no tassels at all!

To read more about shuriken click on that link!

Mail to mjr, goto Survival, Thrower, or back to How to throw.